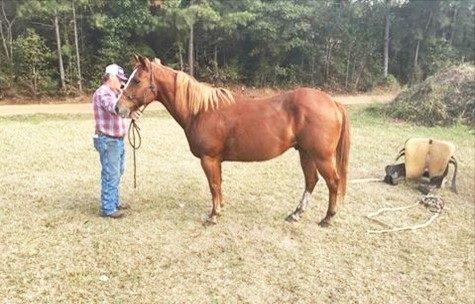 Local Steinhauser’s resident shares this story about her rescue horse Val and their journey to recovery.

70-year-old Marilyn was looking for a gentle horse to buy. An older ranch gelding, one that reminded her of the old cow horse she received on her 11th birthday. Not just any horse, but a horse destined for auction, one that she could rescue. A rescue horse.

Marilyn found Val online. Val was in a kill pen for several months and had lost more than 100 pounds. He was a pretty horse, a former ranch horse. In a video they had, he appeared calm and nice.

Marilyn decided she had to have Val. After picking up a new horse blanket from Steinhauser’s Alvin store, and stocking up on quality coastal hay, she set out for Lousiana to pick up Val. Shivering, shaking, and underweight, the warm blanket, and hay were a welcome sight.

It’s a long road ahead for Val. The vet visits later this month to check him out. Marilyn plans to start an exercise program for him., and while still too thin to ride, Marilyn did test him out. He rode well and had the nicest slow jog trot.

We’re looking forward to updates from Marilyn about Val and their adventures. 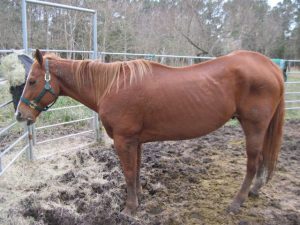 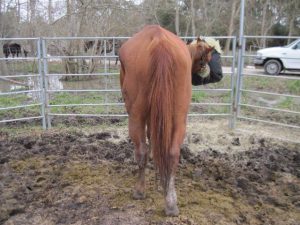 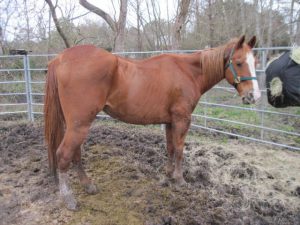 Week 1– Marilyn has chosen to feed Val Nutrena Safe Choice Senior horse feed.  “This feed has done an excellent job on my other senior horses, including a 30 year old mare,” stated Marilyn.   “He hasn’t shown much progress at this point, but has a healthy appetite. 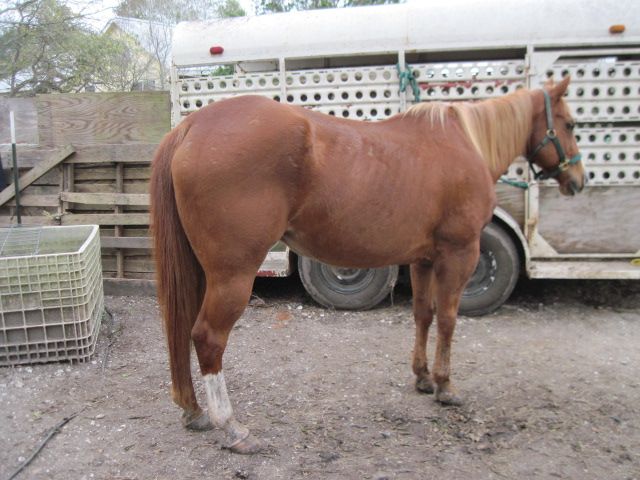 Week 2 –  Val has settled in and calmed down this week.  He is no longer hard to catch and he seems to enjoy the attention.  Val is eating well this week and Marilyn says “I think he will make an excellent horse for me… All I ask is he be tolerant of me. I will love him enough for both of us.” 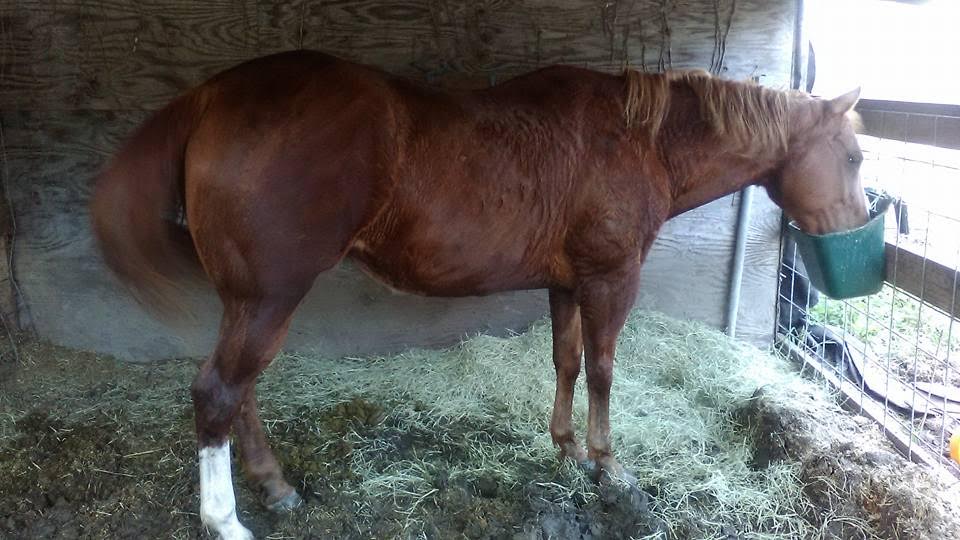 Week 8- Val has been making himself at home this week. His appetite has increased and his dermatitis has cleared up. He still receives Nutrena Senior three times a day. Marilyn says “Doesn’t look like the same horse does it? He is doing so well” Steinhauser’s is proud to be apart of this horse’s wonderful journey.

This entry was posted on Thursday, January 12th, 2017 at 4:10 pm and is filed under News & Updates. You can follow any responses to this entry through the RSS 2.0 feed. Both comments and pings are currently closed.