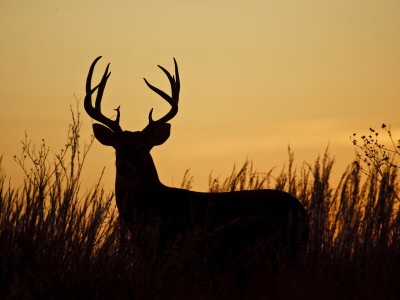 So much of what we do in the care and feeding of deer passes relatively unnoticed in the short term. But antler growth season is when “instant gratification” seekers can practically see results occur right before their eyes.

Growing at a rate of half an inch per day, antlers are some of the fastest growing tissues in the animal kingdom. That’s why it’s essential that deer consume the most nutritious diet of the year during antler growth season. Unfortunately, this is also the time when forage quality is typically low. However, there are things you can do to compensate.

As winter comes to an end, breeding season is officially over, testosterone levels drop and bucks begin shedding their antlers. Usually within a month, they’ll start growing their next set.

If the required nutrients are in short supply during the antler growth period, several things can happen—none of them good:

Growing a new set of antlers places huge demands on a buck’s body. Since a buck cannot eat enough in a day to mineralize his antlers, his body is forced to extract minerals from his ribs, sternum and skull and deposit them in the antlers. As a result, his bone density may actually be diminished by as much as 30 percent. So not only does a buck have to grow antlers, he has to replenish the minerals in his bones in order to be able to do the same thing again next year. (This is why mineral nutrition is so critical even after antlers are finished growing.)

Hardened antlers are high in minerals, mostly calcium (about 20 percent) and phosphorus (about 10 percent), in addition to a lot of trace minerals such as zinc, copper and manganese. Phosphorus, which is commonly deficient in many soils and plants throughout the US, is particularly critical. And what many people do not realize is that, even after they harden, antlers are still over 35% protein.

Because antler growth is low on the priority list of functions required to sustain life, antlers only receive “what’s left” of nutrients after life-sustaining needs have been met. In other words, deer will not even begin to grow antlers until they’ve regained body condition (This is why a year-round feeding program gives you such a distinct advantage.)

So what can you do to ensure the best possible outcome during the antler growth period? From now through August, try feeding a diet that is formulated especially for optimal growth, density and strength. A good option is Purina Mills® AntlerMax® Deer 20 product. This pelleted ration is 20-percent protein, highly palatable and should be fed free-choice to wild deer with access to good habitat or quality hay. Formulated with patented AntlerMax® Technology, it’s one of the most critical steps you can take right now to help deer attain their full potential—and satisfy your need for “instant gratification.”

This entry was posted on Monday, January 27th, 2014 at 12:39 pm and is filed under articles, News & Updates, Wildlife, Deer. You can follow any responses to this entry through the RSS 2.0 feed. Both comments and pings are currently closed.