Steinhauser’s started out in 1965 when H.H. Steinhauser purchased Sealy Oil Mill, a cotton seed processing business.  With community support and assistance by his son Lloyd, H.H. expanded to a retail feed store in 1969.  In 1971 Lloyd purchased the business from his father.

Like many great men, Lloyd attributes much of his success to his wife of 42 years, Virginia.  A vital team member, Virginia started as Lloyds’ secretary & bookkeeper, and continues to take an active role in the business.  Lloyd and Virginia’s strong work ethic and good business skills were passed along to their four children.

Mike and David Steinhauser have continued in the family business, following their father Lloyd.  The boys grew up in the store, learning the business from the bottom up.  Over the years they have witnessed many changes, none more significant than the purchase of Brookshire Feed in 1988.  This marked the beginning of a partnership with Purina Mills, and substantial growth of Steinhauser’s business. 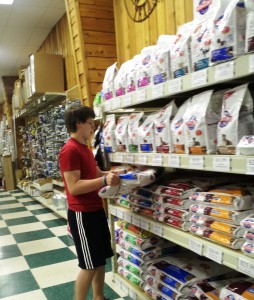 Steinhauser’s has a total of 8 locations.  You can find Steinhauser’s in Alvin, Magnolia, Richmond, Brookshire, Sealy, Bryan, Rosenberg and Hempstead, Texas.  As the business has grown so has the family involvement, with H.H.’s great grandchildren contributing to the daily operations.  Lloyd is thrilled to see this 4th generation of Steinhauser’s join the family business and learn the same way their parent’s have, from the bottom up.  All are excited to build upon the legacy of H.H. and Lloyd, and look forward to making their own contributions in the future. 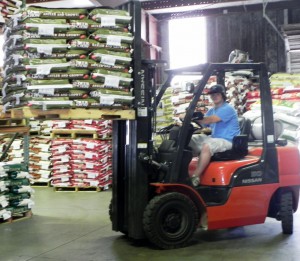 teinhauser’s success is attributed to strong family ties. Fathers, sons, and grandchildren continue to work shoulder to shoulder with their employees to ensure the future success of the business.